This worldwide pandemic has certainly disrupted so many aspects of everyday life, along with the cancellation of many events. This included the annual Etheria Film Night, an annual festival based on LA featuring genre films (mostly horror and sci-fi) directed by women.

Since they were unable to have the event in person this year, Shudder decided to feature a virtual version, thus allowing for many more people to have access to the films. It’s really cool and inspiring to see Shudder promoting indie horror, as well as female-directed films. So in the spirit of that, I decided to watch all 9 of this year’s Etheria Film Night’s Short Films:

Co-written by its two leads, Waffle takes a darkly comedic approach to awkward social situations. We’ve all known someone who’s just desperate for friendship. And while we often feel sorry for them, it’s very difficult not to be annoyed by them as well.

Our own morality is often revealed by how we treat those who annoy us, but only wanted to be liked or loved. Plus the twist at the end was a lot of fun, and makes you think about perspective.

Maggie May (Written and Directed by Mia’kate Russell)

Eerie is the best word to describe this very unsettling Australian horror short. What begins as sibling reunion for a grim funeral occasion, turns into the revelation of just how awful family members can be.

Many of us can relate to having a relative who completely lacks initiative and drive. But to stand idly by as someone is slowly dying is that just fear realized to its most extreme point. Maggie is the epitome of a toxic family member whose final line “I didn’t do anything” remains incredibly haunting. 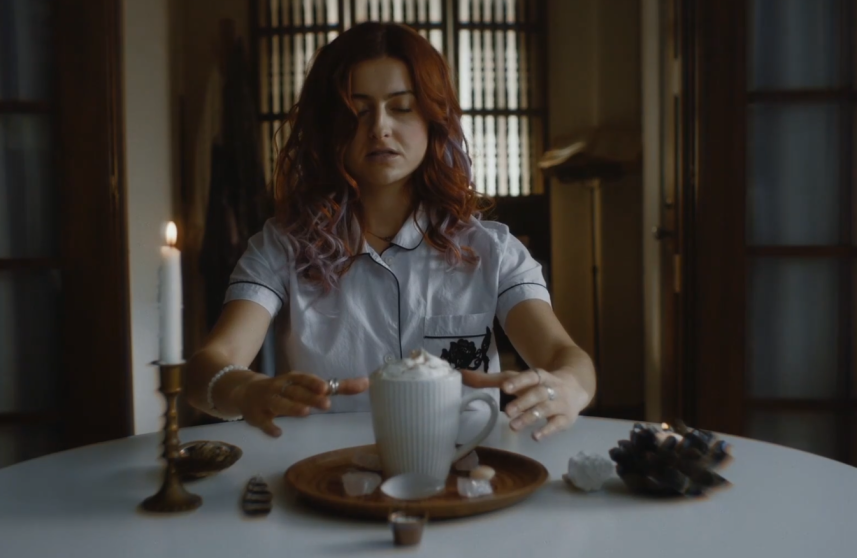 An incredibly thought-provoking film, Basic Witch takes the lens of dark fantasy and uses it to explore and discuss a very serious issue. Sexual assault is sadly quite widespread, and part of the problem is that not everyone even agrees on what defines it.

Via a magically spiked drink however, we see a man who has committed acts that could be considered assault feel the very things he did. In many ways, it’s a much more nuanced approach that the “Rape and Revenge” films of the 1970’s took.

Their goal was to graphically show women being brutalized to justify extreme violence in the third act. Here, the goal is merely to promote empathy. Her objective isn’t even necessarily to punish or torture the man, rather it’s to just make him understand how women feel.

The Conversion Therapist (Written and Directed by Bears Rebecca Fonte)

In classic revenge film fashion, we see a character who’s been the cause of so much pain receiving but a taste of what they’ve doled out.

While we do find ourselves cheering on the captors, their insistence that anyone who is homophobic is also closeted is a bit problematic. Sometimes, people are just bigots.

That said, it doesn’t hold back in terms of gore, but its ending was a bit of a disappointment. The film seems to build up to a climax that never really happens, it just sort of ends.

The most shocking thing about this short wasn’t even anything that occurred on screen, but rather the text at the end that revealed that only 15 states (plus DC) have outright bans on gay conversion therapy.

The very first impression of this film will surely be how relevant everyone wearing facemasks is. In a future dominated by environmental catastrophe and lack of clean air, people must compete to enter “the dome”, where they can live a safe and healthy life.

However, space is limited so only those who can contribute, and those who prove conformity via tests are allowed in. We watch a musician who’s always stood out struggle with said test.

It’s also certainly no coincidence that all of the “testers” are played by actors with blonde hair and blue eyes, while those going through the tests are mostly minorities.

The Final Girl Returns (Written and Directed by Alexandria Perez)

In this meta deconstruction of a very popular slasher trope, we see firsthand how survivor’s guilt can affect someone for the rest of their life. Given how unrealistic and surreal slashers can often be, it was a kind of refreshing to see them played out in a gritty, seemingly realistic tone.

The whole idea of the final girl not being believed as a metaphor for women not being believed is incredibly powerful. It honestly made me wish it was part of a larger feature film, because I would definitely watch the rest of it.

As we increasingly live our lives via social media, this premise doesn’t seem all that farfetched. With each new trend, YouTubers are often pressured to “up the ante” and that’s very much what we see here.

With a couple who disagree on how to approach new demands. To give in entirely to live-streaming every part of one’s life also means giving up any semblance of privacy or dignity. As a fellow content creator on the internet, it was extremely relatable.

Man in the Corner (Directed by Kelli Breslin, Written by Ursula Ellis and Daniel Ross Noble, based on his short story)

In moments of intimacy, the last thing that most people want is someone creeping in the corner of the room, which is exactly what this short gives us. However, it’s more than simple stalker story.

Rather the titular man hiding in the corner comes to be a metaphor for previous baggage that a person can bring into a new relationship. Plus the “skin” scene at the end raised some pretty strong Hellraiser vibes!

Ava in the End (Directed by Ursula Ellis, Written by Addison Heimann)

In a fascinating blend of The Matrix and Black Mirror, this short film is really funny, but also incredibly bleak and eerie. We see Ava wake up in a computer simulation, as her consciousness was uploaded following the physical death of her body.

However, she soon gets some pretty terrible news about the fate of the planet and the finite amount of time of her existence, all from a computer who throws more shade than K-2SO in Rogue One.

The humor comes from some really great chemistry between the two leads, one of whom is just a voice. But the incredibly downer ending kind of fits the dark comedic tone.

It was a lot of fun getting to watch and review this short films, especially as someone who definitely wouldn’t have been able to make to the California-based festival.

Shudder remains a really great platform for independent films as well as for up-and-coming filmmakers! So if you get a chance, check it out!

You can also check out Halloween Year-Round’s new YouTube channel!